BRAINS FOR YOUR WATER METER 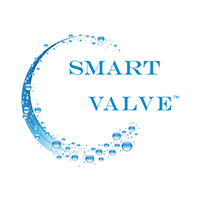 BRAINS FOR YOUR WATER METER

The original Smart Valve was a true game changer. An ingenious invention realized out of simple physics that created an entirely new market. A new technology patent application was filed in 2010 and in 2014 FLOW DYNAMICS was awarded the first patent in the field, US Patent 8,707,981. Over the next few years we installed countless valves, gaining valuable experience and continuously improving on the design. While we were enjoying growing success, we realized that our original design had some inherent challenges and drawbacks, which mostly revolved around the fact that the valve had to be internally calibrated prior to installation. This meant that if you ever had to make an adjustment to the valve for ANY reason, you would have to turn off the water and remove the valve to do it. So, we set about designing a new Smart Valve that would both eliminate this issue and allow us to consistently achieve maximum performance without ever having to turn off the water again.

The Smart Valve™ How It Works Bubble Demonstration